We're working to raise awareness of our native sharks and rays by carrying out annual Shark Egg Case Hunts in collaboration with the Shark Trust and Yorkshire Wildlife Trust.

The Great Egg Case Hunt is a project set up by the Shark Trust designed to generate more interest, knowledge and awareness of the sharks and rays native to the UK. Contrary to popular belief sharks to indeed live in our waters and there’s no better and healthier way to learn more than an exploratory trip along the beach.

On regular occasions throughout the year, The Deep team head to Spurn Point with up to 80 volunteers to look out for evidence of sharks along the coastline. They specifically look for empty shark egg cases, commonly referred to as Mermaid’s purses, which regularly wash up onto beaches providing an easily accessible source of information. Each egg case is distinctive in its colour, size and shape, so it is possible to identify which species produced it, making them a very valuable and easily accessible resource. This data, when fed into the Sharks Trust central database, provides scientists with a crucial insight into where potential nursery grounds are located and their population numbers. This information is crucial to informing marine conservation strategies around the UK coastline.

The North East coastline is significantly lacking in data submissions in comparison to the rest of the country, but the regular Shark Egg Case Hunts are going a long way to rectifying that. On each trip 30 to 40 Mermaid’s purses are found on average, but this rocketed up to over 500 after the Beast from the East in early 2018. The huge storms and extreme weather that hit our region meant that there were many more washed ashore. We’ve also found one very rare egg case from the Spotted ray, one of only three that have been reported on the Yorkshire Coast. On one trip alone 24 egg cases of the Lesser-spotted catshark were uncovered – each of them empty which means that they have most likely hatched a healthy pup, now living somewhere along the Yorkshire coastline. All the egg cases found are submitted to the Shark Trust to be included within their database, a crucial way of monitoring the populations of egg laying sharks and rays, and identifying the locations of potential nursery grounds that may require future protection.

Undertaking an egg case hunt is a great way to contribute to shark conservation and we would love more beachgoers to help collect vital data to better protect these species. Find out more information on the Great Egg Case Hunt  on the Sharks Trust website. Find out when our next hunt is taking place by viewing our upcoming events. 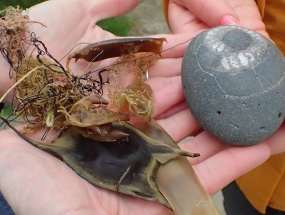 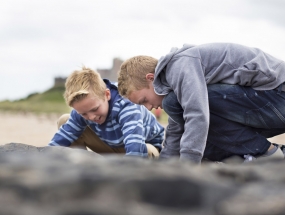 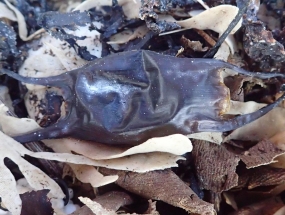 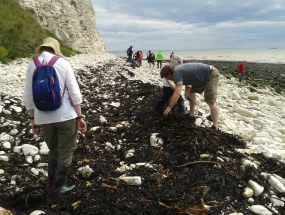 The Deep is working in partnership Swansea University and Project Seagrass on the ‘Seagrass Ocean Rescue’ project. The aim is to conserve and restore seagrass meadows around...

Come and Fill Fin the Fish!

Fin the Fish has taken residence here at The Deep! This fantastic sculpture will act as a bin to collect plastic waste, preventing it from going into the nearby rivers and...

We've joined many other businesses across the UK in becoming a Refill Station, where you can refill your water bottle for free.